(The Stairwell Panels)
Bet you thought I only did graphic art, eh?


It's been over twenty years since I put a brush to my last oil painting – it's a long story. I also have had some serious creative blockages for a number of years – yet another long story – hand drumming helped to heal those (thanks Baba). It looks like I am finally past all that. Drawing was actually mentally painful for a while, but it isn't any more. Considering the year I just had, I think it will be very healing and therapeutic for me to return to drawing and painting again. Being an artist has always been a very large part of who I am.
Once, I thought I might have given my favorite illustrators Michael Whelan or Rowena a run for their money…I still might. My true inspiration is from romantic painters like John Waterhouse. I went to Seven Bridges a few weeks ago – I was lucky to go. It's only open a few times a year and only select people are invited – a friend brought me. It was very inspirational, and got my creative juices flowing again with me thinking of things I'd like to create. I see things in my mind before I create them, a kind of deliberate painter's déjà vu.

In more ways than one, I've gotten back up on the horse…

A friend asked me to paint two mural panels in her home – and they will be large. The panels are 60" x 39 and 56" x 39". The first concept drawing of Rhiannon is finished – all I need is a photo model for Rhiannon (yes, she is drawn freehand from memory). My Goddess lives in my mind's eye. Another friend, Ernie (yes, a woman) is my model of choice. She's a warrior woman type, with great facial features – she looks like a warrior queen to me.

There is a good bit of symbolism associated with Rhiannon in this drawing. The white horse behind Rhiannon, the primitive Uffington White Horse that is carved into the chalk in Oxfordshire, England, a burial mound with carved entrance stones, and Her three golden birds. The small rider on the horse is Pwyll, on the mound waiting for his miracle of seeing Rhiannon for the first time.
When we spoke about doing the other panel, I chose the Morrigan, since I consider her to be the other half of Rhiannon. I usually don't mix deities, but in Their case I will make an exception since I have spiritually worked with both, including full invocation; I know Them, and They know me. The Welsh name of Rhiannon was derived from the Gaulish 'Rigatona' meaning "Great Queen," and the Morrigan's Irish name meaning "Phantom Queen." There are more connections between the two, but my focus in this blog is on my paintings.
Rhiannon will be on the left side panel, and the Morrigan on the right side panel – almost like reflections, but very different. Rhiannon's side will be sunrise, and the Morrigan's side will be sunset. The colors will be different too even in feeling – brighter/warmer greens, blues and red for Rhiannon and deeper/colder blacks, blues and purples for the Morrigan. The contrasting white 'day mare' and black 'night mare' is intentional.

I have just started the drawing for the Morrigan, getting the placement right for the horse and the raven. Rather than pencil in the Morrigan fully in as I did Rhiannon, I want to take a picture of a model first – I asked yet another friend to pose for me, who is something of a dark goddess herself. In the back I am thinking of placing the Calanish stones in the background, with several standing stones representing ancient Celtic warriors in the foreground.

After I finish the drawing of the Morrigan I will replace the picture above. I now have a spiffy digital camera, and this means I can take pictures of my work that are too big to scan. I'll finally be creating my website www.FlyByNightStudio.com (pun intended) over the summer – I've owned the domain for several years. I'm looking forward to photographing the rest of my art.

After the paintings are finished I'll have some excellent new portfolio pieces to show. I'd like to try my hand at illustrating book covers in the New Age/Pagan publishing industry – in addition to seeing if I can get some more of my writing published. It's taken me a long time to hone my writing skills as well, and I feel that I am ready. I'll see where it all goes.

For now, it's simply making me happy.
June 21, 2008
I was finally able to schedule Ernie to pose for pictures. Below is the one I will use for the painting of Rhiannon. She makes a very good warrior goddess, doesn't she? 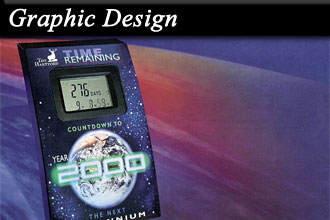 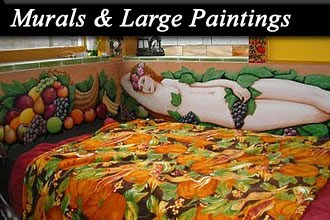 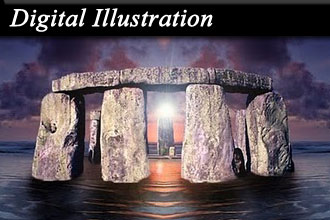 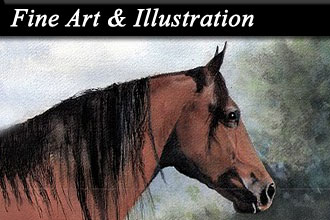 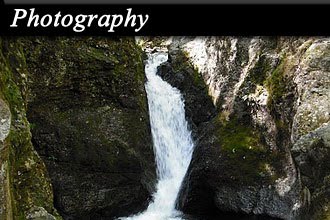